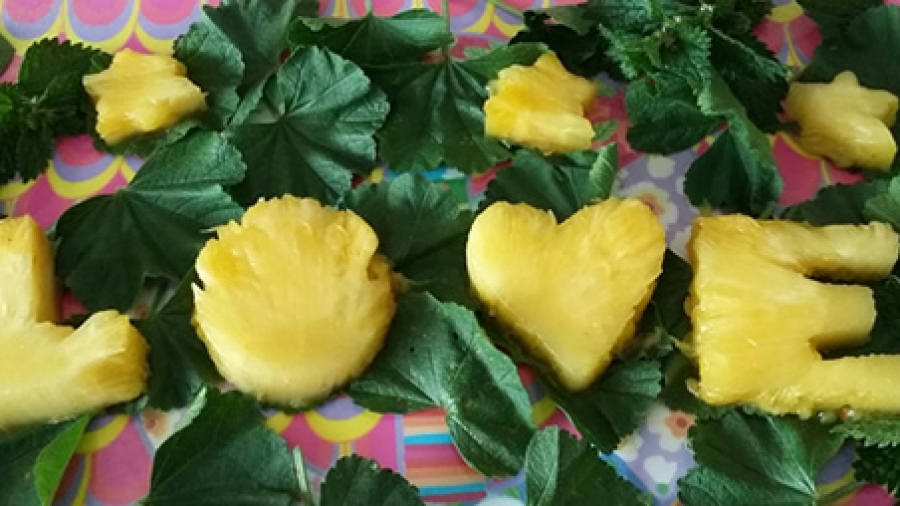 “Illness” is not an enemy you are supposed to fight. It’s a form of expression of your body or soul, showing you there is something wrong in your life. You are doing/eating/living something that’s not good for you. Not what your body or soul needs right now.

Today, i want to have a closer look to the physical needs of our bodies in this regard. More precisely, to what Arnold Ehret has written about them.

Arnold Ehret, (*1866, +1922) for those who have not heard from him, was a german naturopath and alternative health educator, best known for developing the Mucusless Diet Healing System. He wrote lots of books about detox, fasting, etc; like “Rational Fasting” and “Mucusless Diet Healing System”. I highly recommend to have a look at his works. You can read some of Ehret’s books online for free!

In his book “Mucusless Diet Healing System” he is examining these blockades and their causes from a physical point of view. Reducing to an all simple approach, what, in both school medicine and alternative health cures, and also amongst a lot of raw food “experts”, is often considered to be very complicated.

According to Ehret, every disease is nothing but a constipation, a clogging up of the body’s entire pipe system. Caused by accumulated mucus at different places of your body. It’s the body’s effort to eliminate waste, mucus & toxins. So healing is not about fighting the disease. It’s about healing the body. Cleaning the body from mucus and toxins that have been accumulated since your childhood.

Obviously, this cannot be done within a few days. Please don’t expect your body to eliminate within days or weeks of eating healthy and raw what has been accumulated for years. It will take time.

In addition to mucus, there might be toxins, mainly from medicine, you may have taken years ago. While eating a standard diet, these will never be eliminated completely. Following Ehret’s mucusless diet, your body will be able to release and eliminate even those residues. However, they might cause symptoms like heart palpitation or other unknown and uncomfortable sensations when getting back into your circulation system in order to be eliminated by the kidneys.

All “diseases”, like colds, flu, nephritis, etc actually are efforts of your body to get rid of all the mucus and the toxins. So don’t lament but better celebrate this marvel of your body when experiencing issues like that. It is actually trying to save your life! 🙂

Some examples mentioned by Ehret:

To find out more about your body’s inner state, have a look at your tongue. Fast for one or two days, or eat nothing but fruit for three to four days; then check your tongue’s surface. It will probably be white, covered with mucus your body is trying to eliminate this way. Fasting, or eating nothing but fruit, is leaving the body with more energy to detoxify.

Following Ehret’s advice, the ultimate cure is to fast, and then, after the fast, eat a mucusless diet. Even on a short fast, your body will start to eliminate waste products – via the tongue, kidneys, bowel, nose …
The worse and weaker you feel while fasting, the more contaminated your body is! Pain will show you the weak points in your body; nervousness and cardiac trouble indicate medicine stored in your body.

Which food is forming mucus and which is mucusfree?

Also within the palette of a raw vegan natural diet there is some mucus forming food:
– legumes & beans
– corn
– nuts, mainly walnuts, and seeds

If you should be on a more or less standard cooked diet, it is recommended to transition slowly to a raw diet, low in (or free from) mucus. Best for transition: cooked vegetables, as from all cooked food, they are the least mucus forming.

On a raw diet, according to Ehret you should eat only seldomly and small amounts of the above mentioned mucus forming raw foods, or not eat them at all.

In times of acute “mucus excrition” (like a so-called cold, cough, pimples, dandruff … ), it’s recommended to abstain from any mucus-forming food for at least a few days. Like doing a fruit day, with eating nothing but fruit. Or doing a fast for one or some day(s). Until your body will be in balance again.

What food is recommended to eat permanently?

Exactly those i experienced to taste and make me feel best anyway: fruit, starchless vegetables, green leaves! 🙂
Ehret also believes, that we, like all animals living in the wild are made to eat mono by nature. I. e., not to eat mixed meals.

But be careful! It’s not about eating as much of the “right” foods as possible. Too much of even the best food, will actually reduce your vitality instead of increasing it! This applies even more if you have lots of waste and toxic substance (i. e. mucus) in your body.

To become healthy again, what it mainly needs is to relieve all the burden in your body. To cleanse it from the waste accumulated in many years, and to abstain from adding new.

The best way to cleanse, to heal, your body is by doing regular short fastings, alternating with eating cleaning, non- or low-mucus-forming meals.

You like my work and want to support the traveling raw food café? Then your donation is very welcome: Support the Happy Healthy Raw & Free On-the-road Rawfood Café!

Want to get more happy healthy raw inspirations directly in your mailbox? And never miss a new inspiring post or recipe here?
Click this button and subscribe to my free inspiration mails!

Everything in nature is an exchange

Take what you want


Give as you wish

Check out my eBooks

what if you cannot have fresh pineapple and coconu

art made by nature. so viel schönheit um uns her

Cucumber and spirulina - yummy combination. In a j

Deep silence within - so nourishing, so powerful.

lights of gold dancing pulsing growing around the

Thank you for being here!

I am always happy to hear from you!

Send me a message

Everything in nature is an exchange

Thank you for being here!
I hope you found something helpful and inspiring here for you! If you want to give something to me in return, you can send me a donation via PayPal by clicking on this button:

New in the shop

Love & freedom, that's what keeps me going, that's what i live for. Living it, following my heart, as best i can.
With the way i am nourishing my body, mind & soul, in my whole lifestyle: living on raw vegan food, living a free nomad life.

What began as a rawfood blog here has grown with me, and now i am writing lots of things i am engaged with, about what makes me happy, and what is challenging me.

I have been eating raw since 2006 ... a journey that includes so much more than merely a transition of your diet. Rawfood, natural and unprocessed food, creates space for healing. For your body, soul and mind. It is leading you to a conscious life style and has the potential to free your whole being from all kinds of blockades - intoxication, conditioning, limiting beliefs. On all levels - physical, emotional and spiritual. Make your choice ... for LIFE. Based on LOVE ... to yourself, your body, our world, ALL.